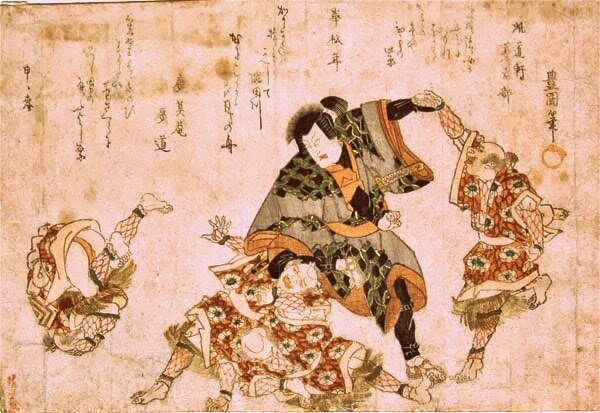 Jujutsu ( c.1815) Toyokuni Utagawa (Also referred to as Toyokuni I)

Jujutsu, literally means the “flexible art”. It is a style of fighting that was developed in Japan and was normally done without weapons. Jujutsu is based on Japanese battlefield grappling techniques, with influences from China and, more recently, the rest of the world. Japanese history records the grappling battles of great warriors, the earliest recorded in the Nihon Shoki (Chronicles of Japan, ca. 720 CE). Jujutsu or as we call it, Jiu-jitsu, was designed to focus on physiological weak points using joint locks, throws, chokes, strikes, and kicks.

The fundamental principle of the original jujutsu is ju, a word meaning “flexibility” or “pliancy.” As jiu-jitsu techniques were potentially deadly or incapacitating, they were traditionally practiced via predetermined forms rather than free sparring. However, there are records of competitions between jujutsu schools, and over time, informal rules were developed that laid the groundwork for twentieth-century competition rules. In jujutsu competition rules, the most dangerous techniques were restricted, and bouts typically ended when one competitor was in submission, pinned, thrown flat on his back, or incapacitated.

As early jiu-jitsu was a battlefield art, it was assumed that both opponents would be wearing full Japanese armour. Thus, the kicks and punches normal in unarmoured combat would be ineffective. Thus, the samurai focus on developing skills for armoured grappling, the idea was to control the opponent’s entire body, either by grasping openings in the armour or by controlling large joints such as the elbow. The goals were either to throw the opponent to the ground headfirst, thereby breaking his neck, or to pinion him on the ground where he could be stabbed with a dagger. 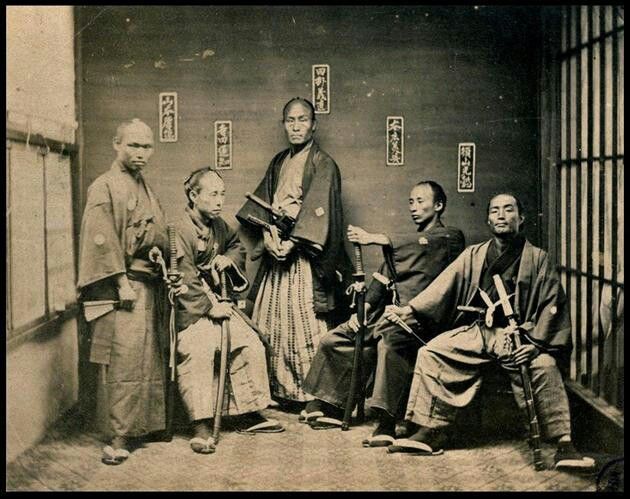 Samurai before the Meiji Restoration (Taken between 1860-1886) 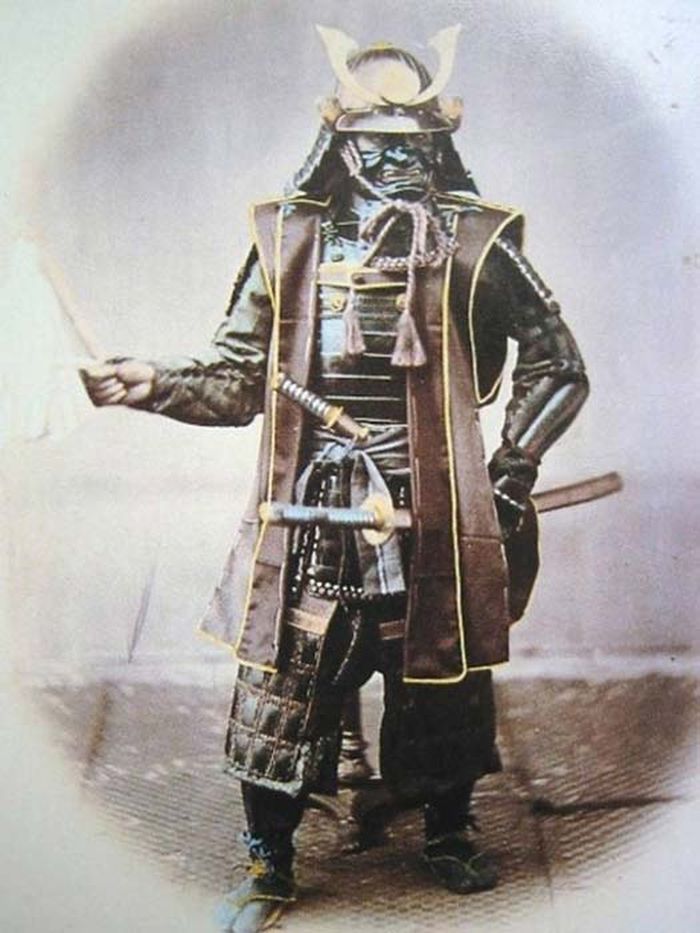 Between 1530 and 1860, jiu-jitsu systems proliferated. The oldest system is Takeuchi founded in 1532. In 2009, the Takeuchi family, currently the fifteenth generation descendants of the founder, still practiced and taught the art! Most of jiu-jitsu’s techniques were developed in Japan, but China is a legendary source of inspiration.

China and Japan have exchanged visitors for over 1,000 years, and travellers and visiting warriors brought grappling and striking techniques with them. The most famous of these Chinese visitors is Chin Genpin (1587-1671). According to the story, during the early seventeenth century, Chen lodged at the Kokushoji Temple in Edo. His companions included three ronin.

Chin taught the ronin some Chinese martial art techniques, and later, the ronin established their own jujutsu ryu (school), which in turn spawned a number of other schools, some very influential. Today, traditional Japanese jiu-jitsu styles are practiced mostly in small clubs. While some styles have several active dojo across Japan, others remain active only in a single location.

Read more information here: Green, T., (2010). Japan: Jujitsu Based Systems, in Martial Arts of the World: An Encyclopedia of History and Innovation. ABC-CLIO

Traditional “jujutsu” schools did not use a color belt system. Color belts were introduced only during the 1880s, by Kano Jigoro. Instead, as in many traditional Japanese arts, the traditional schools award rank via a series of certifications.

Typical names for these certifications include shoden, chuden, and okuden (the first, middle, and final, or “secret” teachings or principles). Each certification represents successful mastery of an increasing range of the system’s curriculum and philosophy. 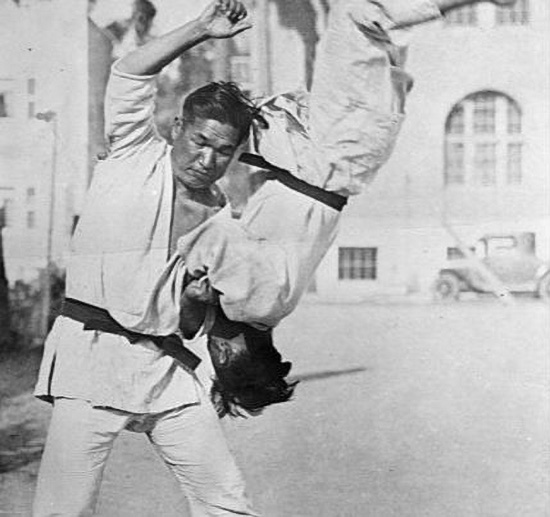